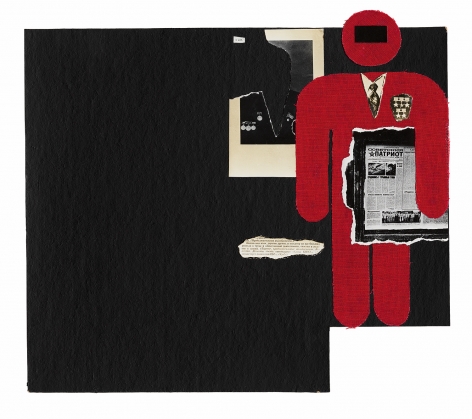 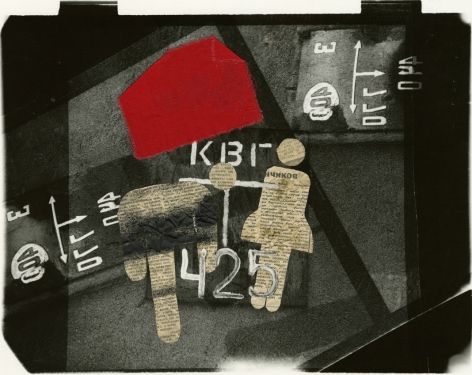 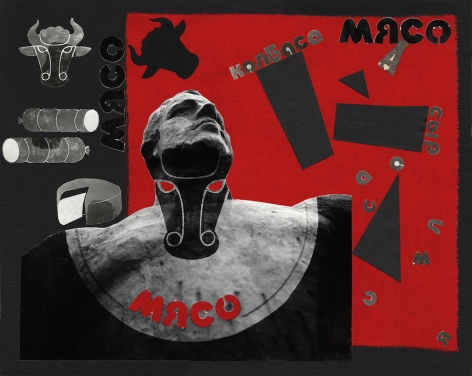 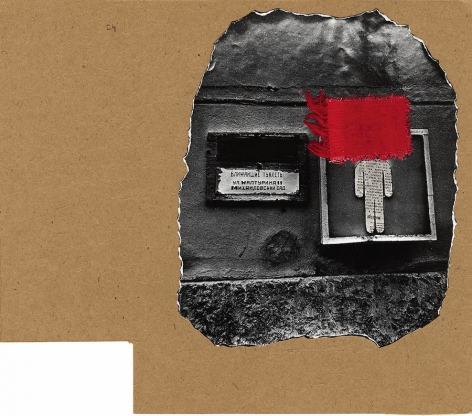 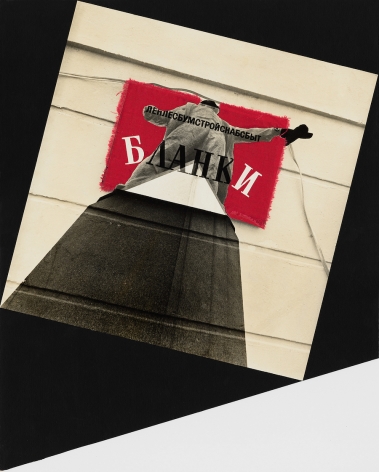 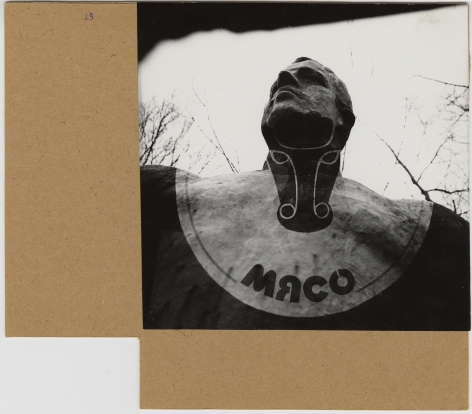 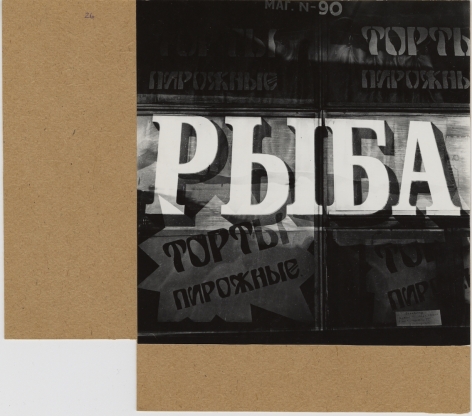 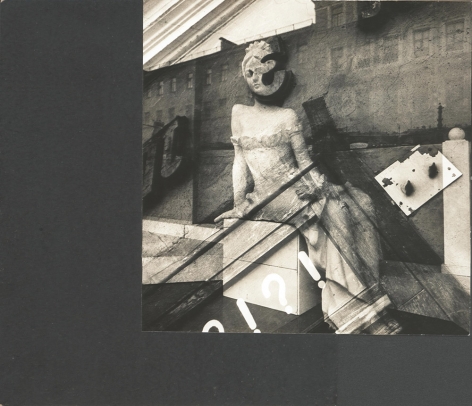 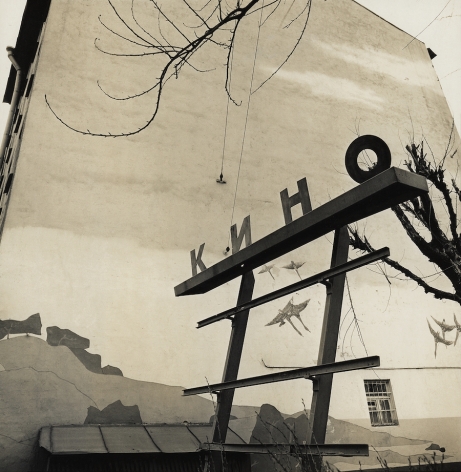 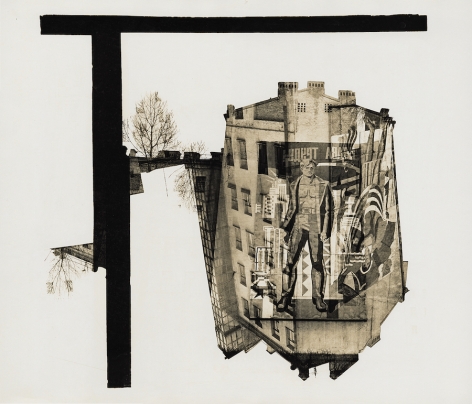 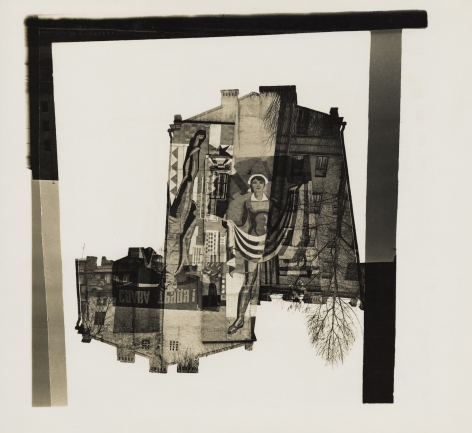 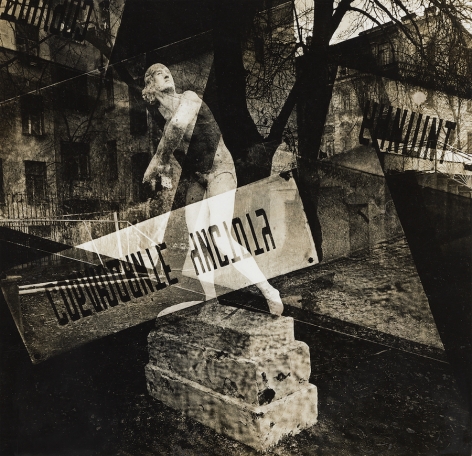 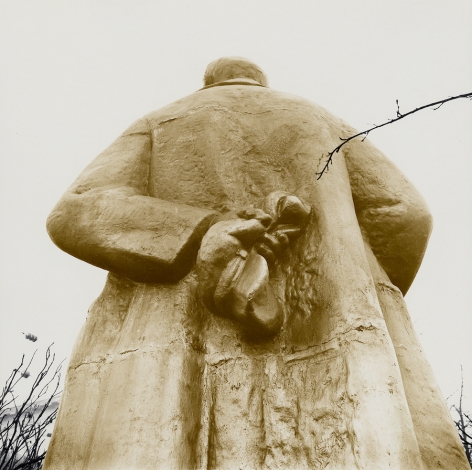 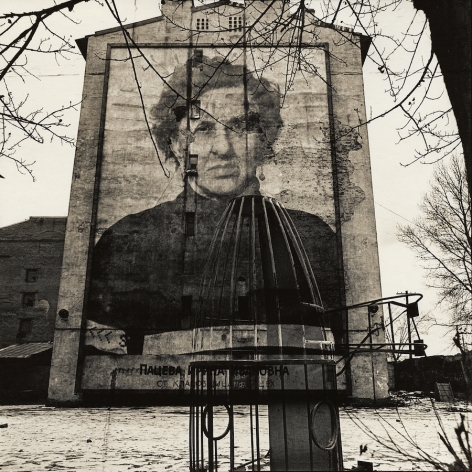 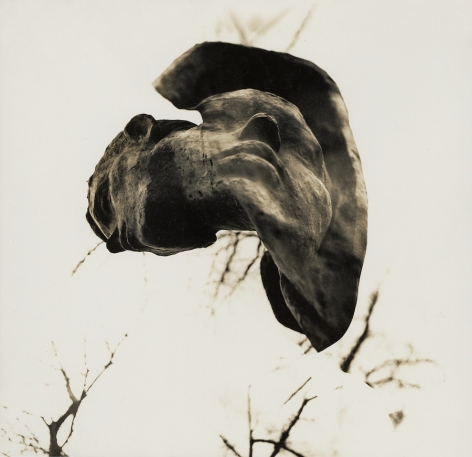 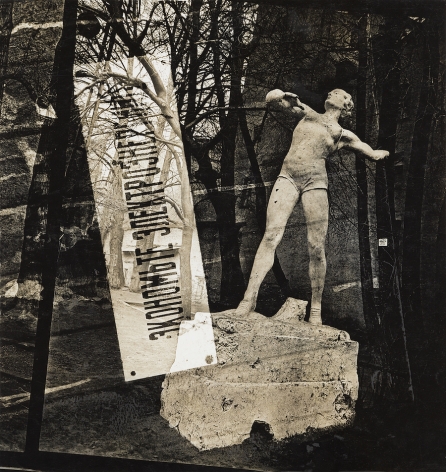 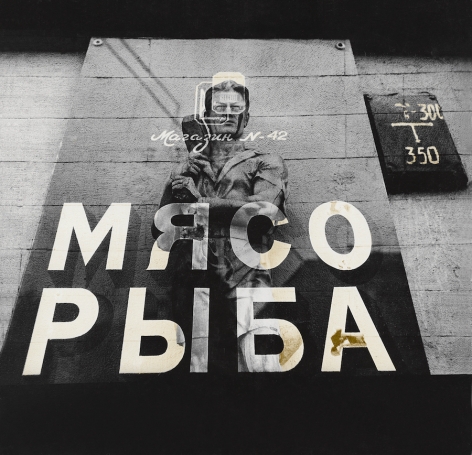 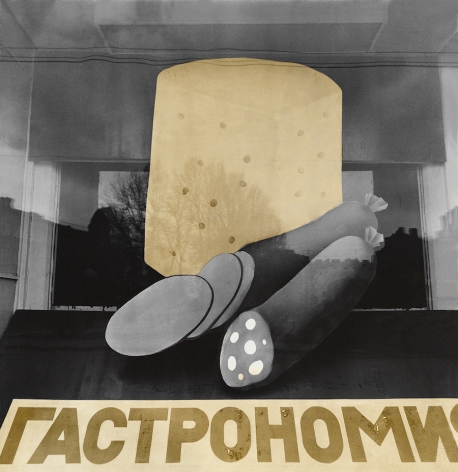 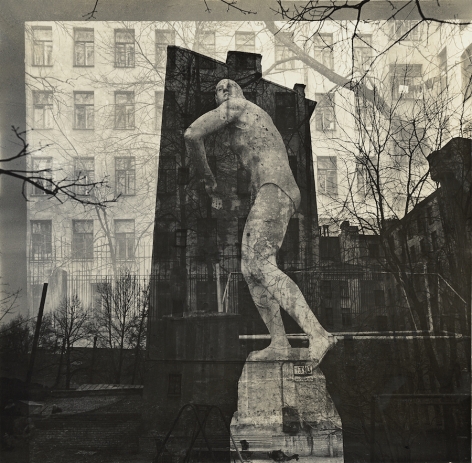 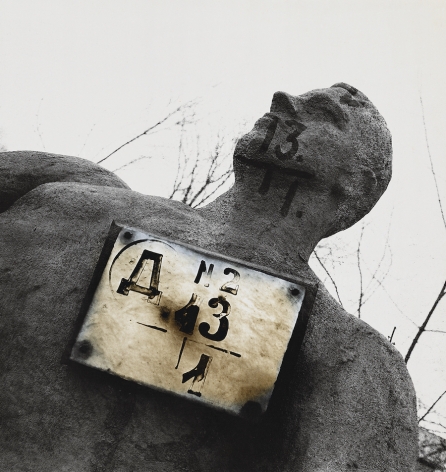 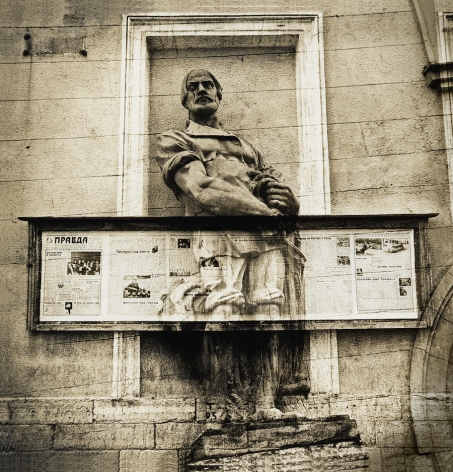 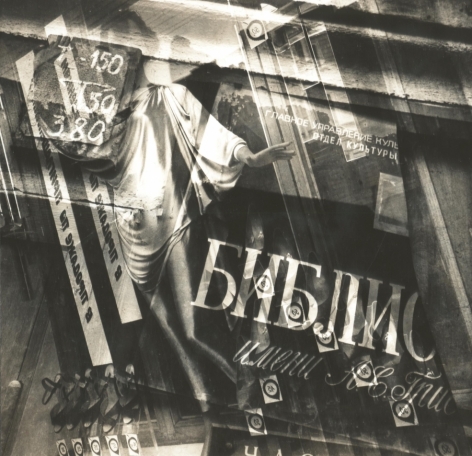 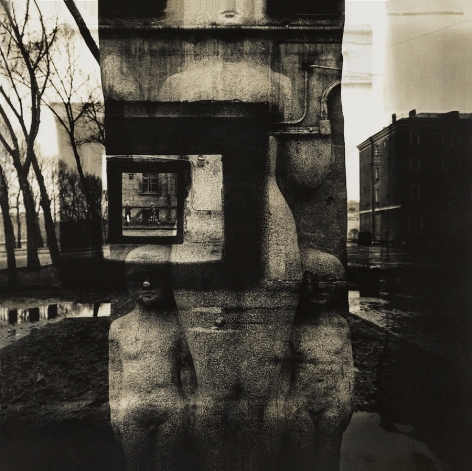 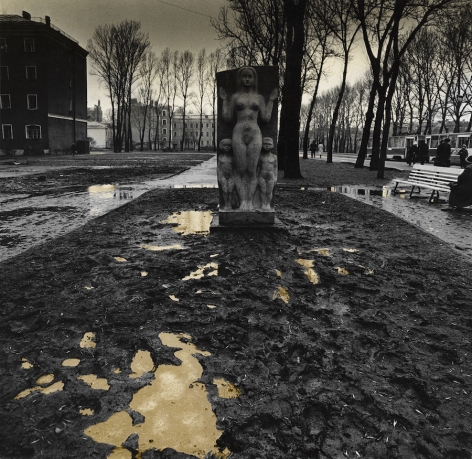 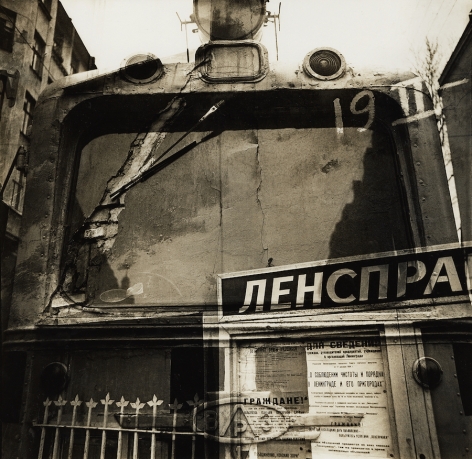 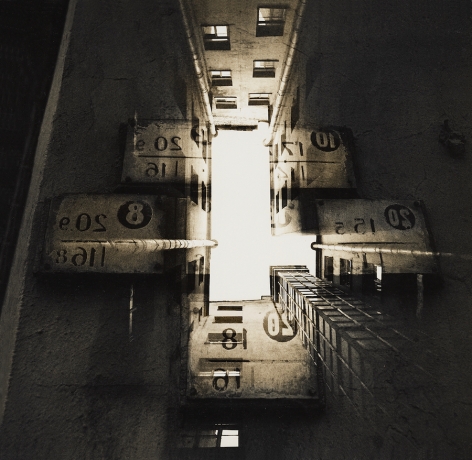 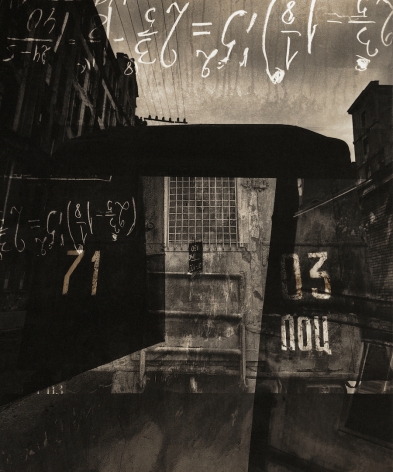 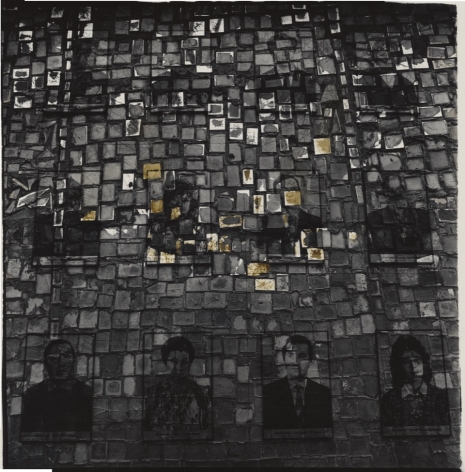 We live in unprecedented times, in a state of war with an invisible enemy. In such extreme situations, it is more important than ever to stay calm and united. Our exhibition Alexey Titarenko: Nomenklatura of Signs, which was scheduled to open 25 March, is now available online. The series Nomenklatura of Signs ridiculed the absurdity of Soviet life, and anticipated the collapse of both the Berlin Wall and the USSR. Titarenko’s subsequent series, City of Shadows, cast light on the deprivation and suffering that ensued. Just as those dark periods of human history passed, we know that the uncertainty and crisis that we are experiencing today will also pass. Art is essential to our life — it nourishes and elevates our souls. We are committed to continuing our work and to supporting our artists.


Over thirty years have passed since Titarenko’s series Nomenklatura of Signs (1986-1991) was exhibited for the first time at the Drouart Gallery in Paris, just before the collapse of the USSR. Shortly after this debut, work from the series toured museums in the United States as part of the Aperture Foundation’s landmark show Photostroika: New Soviet Photography. In 1992, an audiovisual projection of the series was shown at the Centre National de la Photography at the Palais de Tokyo in Paris, and the following year the series was exhibited at the Russian State Musuem in St. Petersburg. Nomenklatura of Signs was also a part of European exhibition Self-Identification: Positions in St. Petersburg Art from 1970 until Today, which toured Europe in 1994 and 1995. Today, prints from the series can be found in the collections of the Museum of Fine Arts, Boston; the Museum of Fine Arts, Houston; the Zimmerli Art Museum at Rutgers University; the European House of Photography, Paris; the State Russian Museum, St. Petersburg; and the Centre National de l’Audovisuel, Luxembourg, among other museums.

Nailya Alexander Gallery is proud to present the first exhibition in the United States devoted solely to Nomenklatura of Signs, and to include in this show many pieces that are being exhibited for the first time. Working in secret amid the deprivation and censorship of Soviet rule, Titarenko conceived this series of photomontages and photocollages as a way to translate the visual reality of Soviet life into a language that expressed its absurdity, in a hierarchy of symbols that, together, formed a nomenclature — or, in Russian, nomenklatura, a term for the system by which government posts were filled in the Soviet Union. Drawing inspiration from the aesthetics of Kazimir Malevich, Aleksandr Rodchenko, and other artists of the early 20th century Russian avant-garde, Titarenko captured an uncanny, darkly comic world in which language is controlled and subverted much like the Newspeak of George Orwell’s 1984.

After the fall of the Soviet Union, the reality of life in Russia dramatically changed – as did Titarenko’s style, which found new expression in the long-exposure, darkroom-intensive series City of Shadows (1991-94). Titarenko’s career is marked by the invention of two very different languages, encapsulated in these two series, each of which speaks with eloquence and precision to its particular moment in time. As writer and art historian Gabriel Bauret observes, “In a sense, there is no real separation between these landscapes of St. Petersburg — the 'City of Shadows '— and the series Nomenklatura of Signs, whose title is a clear echo of the communist regime and its elites. The two series are the expression, in different forms, of a dying world…”

We are also excited to announce that this exhibition coincides with the publication of the monograph Alexey Titarenko: Nomenklatura of Signs, designed by Kelly Doe Studio in New York and published by Damiani in Italy. The book, which presents the series in its entirety for the first time, includes essays by Gabriel Bauret as well as by writer Jean-Jacques Marie and curator and art historian Ksenia Nouril. Signed copies are available for purchase from the gallery.

This exhibition also precedes the opening of Engineer, Agitator, Constructor: The Artist Reinvented at the Museum of Modern Art, which explores the radical shifts in art-making in Europe and Russia in the 1920s and 1930s, in particular the shift from traditional forms of painting and sculpture to the new visual language of the photomontage. Engineer, Agitator, Constructor includes stunning examples of photomontages by avant-garde artists such as Rodchenko and John Heartfield, whose work was an inspiration for Nomenklatura of Signs.

Please direct all inquiries to info@nailyaalexandergallery.com. Gallery hours are Tuesday through Saturday, 11:00 AM to 6:00 PM, and by appointment. 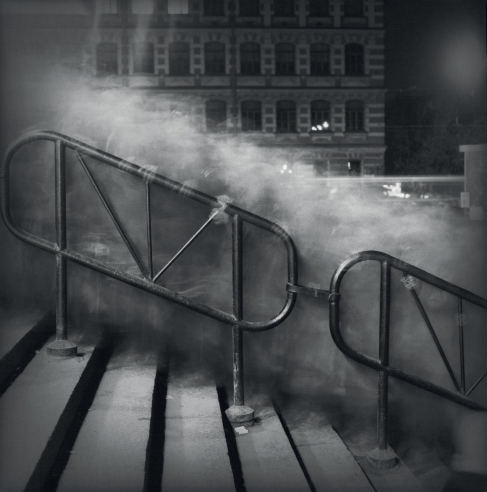