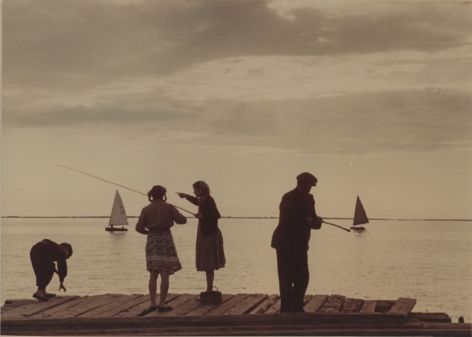 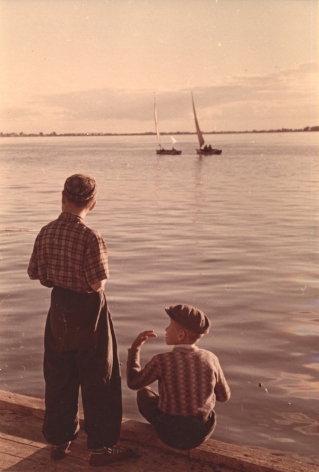 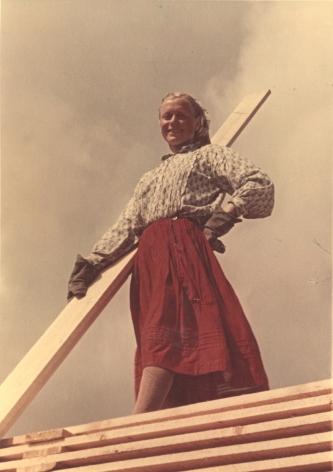 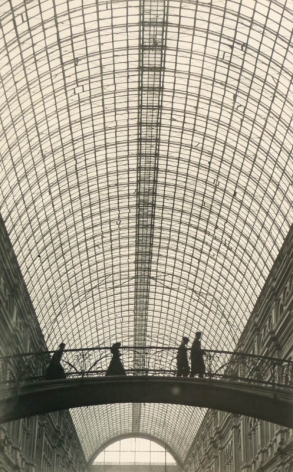 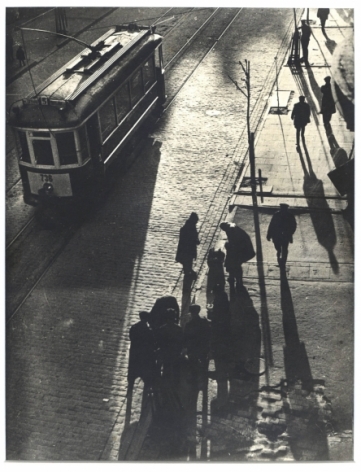 Semyon Fridlyand (1905-1964) was a socially-grounded photographer with a remarkably gifted eye for color. His career would begin at Ogonyok when at age 20, he was invited to work as a photo laboratory assistant; and would conclude with Ogonyok, where he would eventually serve as its director.

Fridlyand began taking photographs after his early darkroom training at the Ogonyok magazine's photography lab. By the 1930s, Fridlyand had become embedded in Moscow’s milieu of photojournalists. In 1930 he joined Soyuzfoto, a state-sponsored photographer’s union that helped disseminate its members’ photographs throughout the world. Through Soyuzfoto, many of his photographs were published in the internationally-distributed periodical USSR in Construction, that featured innovative graphic design by El Lissitzky, Varvara Stepanova, among others. In 1933, Fridlyand also began working for the newspaper Pravda home to the period’s most prominent photojournalists such as Arkady Shaikhet and Boris Ignatovich.

Fridlyand was both an artists and a voice for Soviet photojournalism. He and his colleagues Arkady Shaikhet, Yakov Khalip, and Max Alpert founded the Revolutionary Society of Proletarian Photographers (ROPF), dedicated to producing accessible photographs of Soviet life and labor for a wide proletarian audience. In the 1931 article “About Creative Methods” for the magazine Proletarskoe Foto, Fridlyand acknowledges how the ruling class influences the appearance of people’s everyday surroundings through their control of artistic taste and commerce. His response was a fresh photographic style that truthfully reflected the realities of the proletarian subject. His photographs for ROPF for his reason are focused on proletarian workers, and their labor on farms and in factories. Fridlyand’s subject-focused approach differed from that of his colleagues in the October organization, who radically experimented with form and composition, and have been historically associated with Constructivism. Nevertheless members from both organizations explored formalist techniques such as worms-eye view, and unusual lighting and perspective.

Fridlyand began his explorations of color photography in the 1940s. Using German-made Agfa color film, he created thousands of photographs of Soviet life and recreation on diverse subject matter. In some of these photographs he continued to explore themes of labor and industry that were popular in the 1930s. In others, he captured stunning landscapes of the Caucasus, and the intricately painted folk designs around ceramic figurines. In his larger series, he captured life in the 1950s on a Kalinin Soviet Cruiser, and an idyllic summer in the sea-side town of Vladivostok. Many of these photographs were published in the popular illustrated weekly Ogonyok, where he served as director. Ogonyok continues to publish today. Fridlyand passed away in 1964 at age 59. 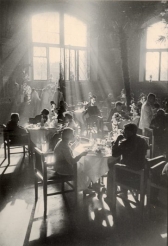