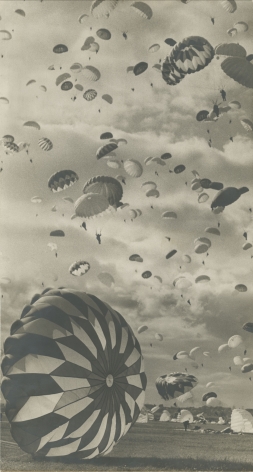 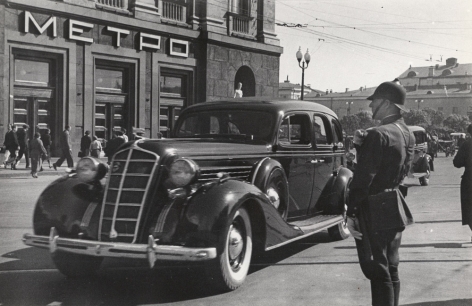 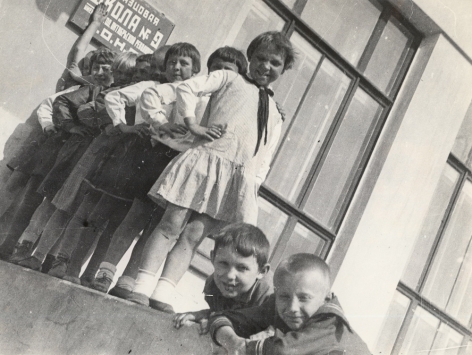 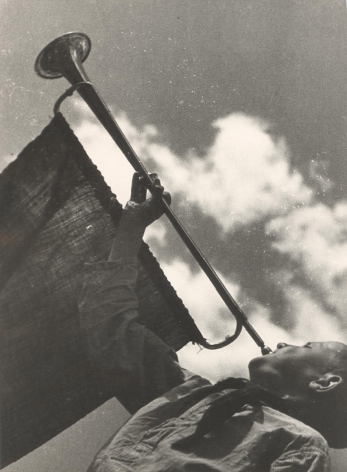 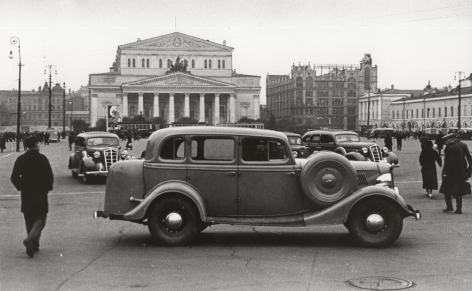 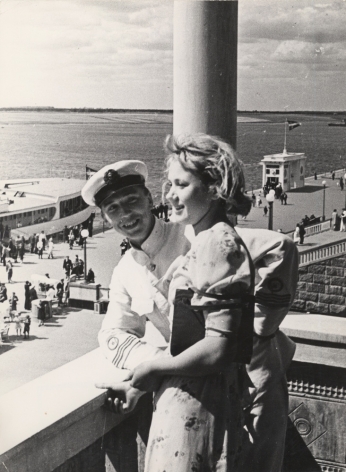 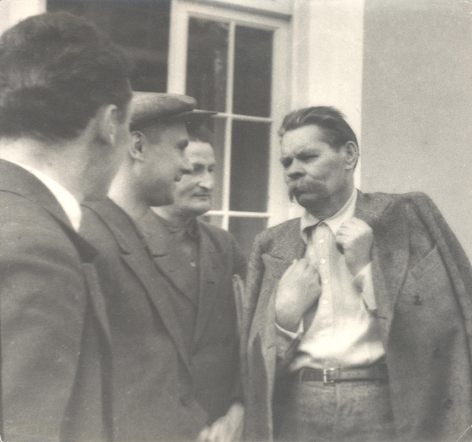 Emmanuil Noevich Evzerikhin (1911-1984) was born in Rostov-on-Don, Russia. When he was in the fifth grade, his father bought him his first camera, a simple box-type model. By 1930, at the age of nineteen, Evzerikhin had become a freelance correspondent for the Fotokhronika TASS news agency and was working as a photographer at the Theater of the Working Youth in Rostov-on-Don. Later, he worked in a photography lab at the House of the Young Communist Movement.

Evzerikhin came of age in the aftermath of the 1917 Bolshevik Revolution. During this period, Russia was intent on setting aside the traditions of the “old masters” who strove solely for aesthetic beauty and to produce instead images that documented the new reality of the nation. At the same time, like many of his colleagues, Evzerikhin was deeply influenced by the rise of the film industry, and strove to incorporate cinematic styles and techniques into his work. By the 1930s, photographers in Russia had come to face significant restrictions on in their work. They were increasingly confined to the rigid domain of documentary photojournalism, and were forbidden not only from invoking earlier photographic traditions but also from employing “leftist” methods and orienting themselves toward trends in European and American photography.

In the midst of this conflict between avant-garde and documentary photography, Evzerikhin relocated to Moscow, where he continued working with TASS and, in 1932, joined the staff of Soyuzfoto. By the mid-1930s, Evzerikhin was working alongside photographers Naum Granovsky, Fyodor Kislov, Georgy Zelma, and Mark Markov-Grinberg, and had photographed the Congress of the Comintern and the Congress of the Soviets; industrial projects, including the construction of the first Moscow subway station; sport and military parades; and expeditions returning to Russia from the Arctic. In 1935, his name appeared in print for the first time in Soviet Photo, in connection with an exhibition to which he contributed his photograph "The Moscow Hotel." Unlike many photographers at the time, who were using 35 mm Leica cameras, Evzerikhin worked with a large-format camera and plates.

Despite Evzerikhin’s devotion to his work and his impeccable record, he did not entirely escape the persecutions of the late 1930s, due in part to his status as a Jew. One controversy plunged him into a vigorous debate with the press. In 1939, while photographing workers at a Moscow factory, Evzerikhin took two photographs of the timekeeper and foreman at the time-board. Rumors spread that Evzerikhin had “staged” the photographs, or lied about the actual time they were taken, and thus undermined the purpose of the photographs, which was to prove that all workers were already at their places at such an early hour.

Evzerikhin was fired as a result of the incident. However, the onset of World War II led to an urgent need for war photographers, and Evzerikhin was soon invited back to TASS as a correspondent. During the war, he worked on a number of fronts, including the 4th Ukrainian and the 2nd and 3rd Belorussian, and documented the liberations of Minsk, Warsaw, Konigsberg, and Prague. However, it was his photographs of the Battle of Stalingrad that were most widely printed and garnered him lasting fame, as well as a medal from the Soviet government and an Order of the Red Star. He was recommended for the order by the head of Fotokhronika, Serebriannikov, who held Evzerikhin in high regard and saw to it that he received a new camera and good film. Serebryannikov also recommended Evzerikhin for membership in the Communist Party, which Evzerikhin joined after the war.

After the war, the Soviet authorities found it necessary to restore the strict ideological frameworks that had been relaxed during wartime. Creative freedom and exchanges with Western artists were significantly curtailed. Work was limited to highly regulated events and photo-ops: congresses, anniversaries, parades, construction sites, sporting events, and celebrities. Anti-Semitism also returned to the fore, as the propaganda campaign against “rootless cosmopolitanism” gained traction. Fotokhronika was beset by reviews and purges, and Evzerikhin was demoted from the highest level of employment to the lowest. Nevertheless, his photographs continued to be published and distributed in books and periodicals. At Fotokhronika, Evzerikhin headed the photo information section, where he gave talks on the visual arts. Upon his retirement in 1971, Evzerikhin requested to be made a non-salaried correspondent and continued to collaborate with the agency.

Emmanuil Evzerikhin died in 1984 at the age of seventy-three, leaving behind an archive of several thousand negatives, among them his famous photographs of urban life in Moscow in the 1930s; portraits of Maxim Gorky, the pilots Valery Chkalov and Mikhail Gromov, and other Soviet celebrities; and, of course, his coverage of World War II.