Sergey Maximishin (b.1964) was born in Kodyma village near Odessa. He spent his childhood in Kerch, Ukraine in the Crimea, and then moved to Leningrad in 1982, where he served in the Soviet army as a photographer with the Soviet Military Force Group in Cuba from 1985 to 1987. Maximishin graduated from the Leningrad Politechnical Institute in 1991 with a B.A. in Physics.

After working in the Hermitage Museum, Maximishin graduated from St. Petersburg Faculty of Photojournalism in 1998. From 1999-2003, he was a staff photographer for the Izvestia newspaper. After 2003, he began to work for a German agency Focus. 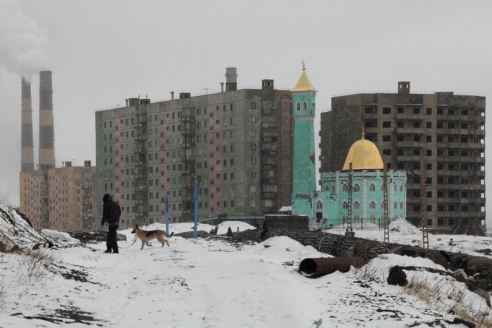